Denounce the idolatry of wealth 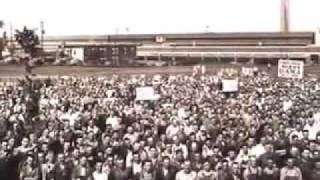 Together we bargain. Divided we beg.

Happy Labor Day weekend! As a preliminary heads-up, Philadelphia Family Court will be closed on Monday, September 3rd. Let's remember the focus of the observed holiday: workers, and by extension, the working class and the labor unions that represent the working class. Let's also recognize that the struggle of the working class to gain rights and protections has a long history and -- in light of the recent Janus decision and in the context of what often seems to be the prevail

I've been hearing the loud whirring, buzzing sounds of cicadas in these last few, hot days. I guess that means summer is coming to an end, as we're still getting through this latest heat wave and look ahead to one more (hopefully last) heat wave early next week. Having played football from junior high school to college, I associate the sound of cicadas with the infamous "two-a-day" football practices, which usually last for two weeks at the end of August before school comes b 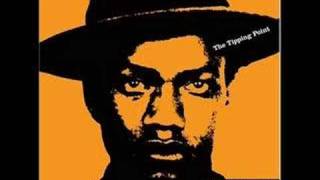 The "feels like" temperature today is gonna hit around 105 degrees or hotter, according to the weather forecast. Stay safe and be cool. Or maybe I should say: Be safe and stay cool. Either way, may safety and coolness be key components of your day today.

"Trump slams Google search as 'rigged'" President says Google shows 'bad' stories when users search 'Trump news,' vows it will be addressed. Fucking maniac! Maybe it shows 'bad' stories because you (Trump) do 'bad' things. Please excuse my language, but that's my honest reaction to this headline and story. That any reasonable person voted for this guy is beyond me.

Where are the humans not afraid of others? Please stand up.

I've written about bullying before, just a couple months ago, in fact. And I'm saddened to have to write about it again after seeing a story in the news today about Jamel Myles, a 9 year-old boy who killed himself after being bullied just days after telling classmates that he was gay. What can I say, except what should already seem so obvious? Every person should have the right to be who they are. Every person should have the freedom to be themselves, without fear of persec

I will neither confirm nor deny rumors that, at the end of a trial, if it seems like a close call and the case is coming down to the wire, I will fart in the direction of the opposing attorney or opposing party in an attempt to stun them and thereby give my client's case something of a metaphorical springboard, kind of in the same way that KITT would use "Turbo Boost" to get around obstacles and get to his final goal.

In the footsteps of others

I remember walking through the intersection of 15th Street & JFK Boulevard some time ago, walking either to or from Philadelphia Family Court one morning. I observed the multitude of people walking in and around the intersection at that time, including people passing through LOVE Park and others walking into or out of Dilworth Park outside of City Hall. And I remember thinking to myself: a hundred years ago, none of the people walking here were even born, yet this intersectio

Today is Usain Bolt's birthday, turning 32 years of age. A talent for the ages, with an electrifying personality, he's certainly worth looking at in the context of success on a big stage. "Listen, the work is behind the scenes. The competition is the easy part." -- Usain Bolt I remember when I supervised law student interns at Philadelphia Legal Assistance, there was one particular law student who seemed to like the idea of being a lawyer, but without wanting to put in the

Today is National Radio Day. I hope that you have a favorite local radio station and that you listen to it regularly. If you don't, I encourage you to check your FM dial for something that moves you and grooves you. Almost every evening, while I'm home with my family -- sometimes while we're eating dinner, sometimes after dinner is done and we're starting my kids' bathtime routine -- I turn on 90.1 FM, WRTI, Temple Public Radio, to listen to jazz music. It's usually a perfe
1
23